Yesterday's Third Annual New Year's Day Movie Marathon featured a cinematic classic that fit right in to our snowed-in lazy day. Fargo, with its sweeping views of frozen Minnesota and leisurely-paced action, lulled us into comfortable complacency as we sat safe inside on our couches. Its dark humor and graphic violence kept us awake and engaged in the story of Jerry Lundegaard (William H. Macy) and his plot to make money by having Jean, his wife, kidnapped and held for ransom.

Fargo opens with a disclaimer that it is a "TRUE STORY" with names changed to protect survivors. This is a gimmick to suspend the viewer's disbelief as the outrageous events unfold. Parts of the story did happen, but not at the same times, places, or to the same people as depicted. The disclaimer lends an air of gravity to the movie as it opens on Jerry putting his scheme into action.

The idea is simple: hire someone to kidnap Jean for a ransom of $80,000. Jerry doesn't have that kind of money, but his father-in-law does. Once he has the money, Jerry can make the trade and get Jean back--all while keeping half of the ransom, as agreed upon by the kidnapper. Both parties walk away $40,000 dollars richer and no one gets hurt.

Of course, it's not that simple. One kidnapper turns into two, and wouldn't you know, Jean isn't too keen on being taken forcefully from her home. Jerry told the kidnappers $80,000, but tells his father-in-law they want $1,000,000. Jerry's father-in-law then insists on personally handling the ransom/wife trade, and local police officers become involved when things get out of hand (which happens roughly 1/3 of the way into the movie). Marge Gunderson (Frances McDormand), the 7-months pregnant police chief, knows something shady is going on and she works tirelessly to figure it out, to the chagrin of stuttering, anxious Jerry.

The story itself is well-written and acted out, but I can't talk about Fargo and not mention the accents and mannerisms of the actors, which are themselves as much a character as the actual characters. From the over-exaggerated head nods to the elongated vowels ("Oooo yaaaah") and sing-song tone to even the actual words ("You betcha" and "Darn tootin'") and word order ("What now do ya think?"), Fargo captures "Minnesota nice." Frances McDormand as Marge had us laughing out loud with her exclamations and pragmatic statement of facts: "There's more to life than a little money, you know. Don'tcha know that? And here ya are, and it's a beautiful day. Well. I just don't understand it."

I'm glad I can finally say I've seen this cultural monument, and even more glad that it was a joy to watch. Our apartment started the year right, and now we have several new catchphrases to use in 2014, don'tcha know.

---
Today's Thank You goes out to whoever shoveled off our front steps this afternoon! I pretty much tumbled down them in their snow-topped glory as I left my house, but when I got back they were nice and clean.
created by As the Romans Do at 12:25 PM 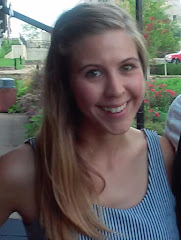 This started as a travel blog. I guess it still is.

Hey! I'm Rachel. In 2009, I spent a semester in Rome and created this blog to keep my friends and family updated. When I got home, I didn't stop.
As The Romans Do is about: books, food, travel, my current home (Chicago), and following my curiosity. Is this your first time visiting/do you enjoy a good timeline? Read more about me here.

Mostly I write about this stuff:

Here's what people are reading this week:

I wrote these in the past: